A Difficult Decision to Make:

The Sanctity of Human Life in the Exchange for Gilad Shalit

The Jewish world was overjoyed at the news that Gilad Shalit, the IDF soldier who was kidnapped and held captive for five years in Gaza, would return home. For many, it seemed as a triumph for the Jewish appreciation of the preservation of every human life.  Then why, according to Prime Minister Benjamin Netanyahu, was this “a difficult decision to make?” What are the moral implications of prisoner exchanges and how did the five-year negotiation for the release of Gilad Shalit challenge those who were a part of the decision and Israeli society as a whole? How can we understand the considerations that go into such a decision in a society for which its ramifications are matters of life and death? 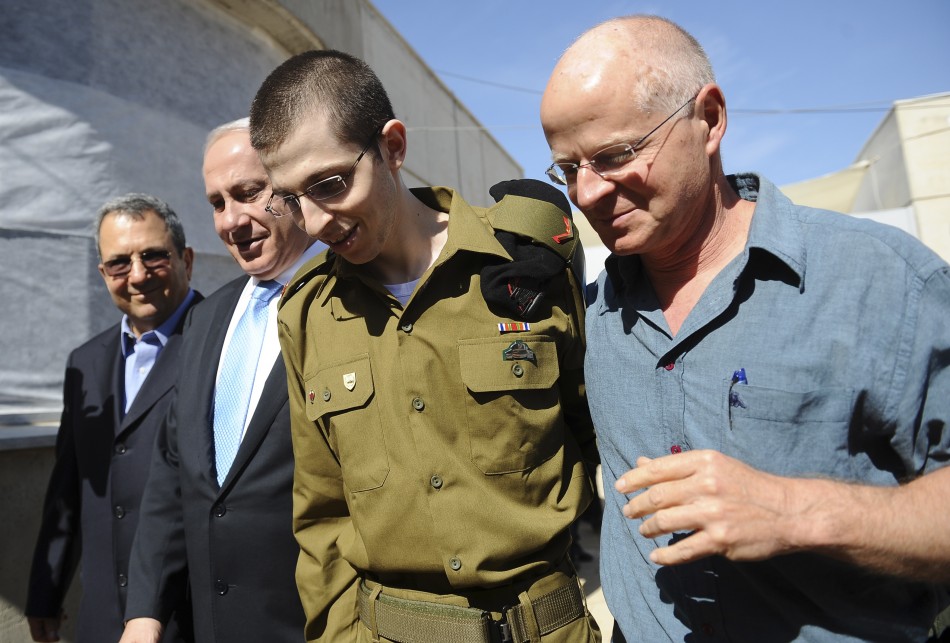 Core Learnings
The redemption of captives – pidyon shvuyim – is a core Jewish value that comes up frequently in Jewish law and tradition.
Pidyon shvuyim is a guiding principle in Israel's efforts to bring its captives home.
Prisoner exchanges raise profound moral questions and force decisions that may be painful for multiple parties involved.
Key Questions
How do Jewish texts and tradition both support and challenge the value of pidyon shvuyim, redemption of captives?
What are the ways in which moral questions impact political or tactical decisions?
How is cost measured, and determined to be appropriate or exorbitant, in the context of a prisoner exchange?

Section 1: Gilad Shalit and a Nation That Couldn’t Forget Him
"This is a difficult decision to make, but a leadership is examined in moments like these, in its ability to make difficult decisions. I am bringing Gilad Shalit home, to his parents Noam and Aviva, his brother Yoel, his sister Hadas, his grandfather Zvi, and the people of Israel." - Prime Minister Benjamin Netanyahu On June 25, 2006, Hamas terrorists from Gaza attacked an Israel Defense Forces (IDF) army base in Southern Israel. Two soldiers, Hanan Barak and Pavel Slutzker, were killed in the attack. Another IDF soldier, Gilad Shalit, was injured and taken captive into Gaza. He remained there for 1,940 days. After exhaustive military and diplomatic efforts, the Israeli government agreed in late 2011 to exchange 1,027 Palestinian prisoners for the release of Shalit. Of those 1,027 prisoners, 280 were serving life sentences for planning or perpetrating attacks against Israel. Collectively, the released prisoners were responsible for the killing of 569 Israelis.

Note to Educators: For the following activity, in addition to the articles that students will analyze, it will be helpful for them to have some background on what the experience of the protracted negotiation was like for Israeli society. The following pieces (as well as others under “Background Resources”) can help you and your learners better understand the 1,940 days that Gilad Shalit was in captivity:

Bringing Gilad Shalit home was supported by the majority of Israelis. The idea that Israelis “leave no person behind” resonated as a value that Jews embrace. In fact, the Mishna (Sanhedrin 4:9) states:

“…whoever saves a life, it is considered as if he saved an entire world.”

Yet, bringing Shalit home came at a real, and in some ways measurable, cost. A vocal minority of Israelis believed that it was the wrong decision and campaigned against the government’s initiative to negotiate a prisoner swap with Hamas.

How do we put ourselves in the position of decision-makers who had to make this difficult decision? How can we understand a society that lives under the threat of terror and sends its children to military service and for whom the ramifications of that decision have direct impact on their lives and the lives of their loved ones?

Note to Educators: In your setting, do you have any Israelis who were in Israel during the time of Gilad Shalit’s captivity or realease? Were any of your learners in Israel at the time? How did they feel about the possibility of an exchange for his release? Did they participate in any way with those that demonstrated in one way or the other? Did they have any interaction with someone who did?

This may be a good moment to call upon those authentic experiences as a way to contextualize the process of trying to understand different points of view on a situation that was both uniquely human and of broad national strategic significance.

Engage in exploring…learning about different points of view in the public debate and private negotiation to bring Gilad Shalit home. Have your learners read the following articles stepping out of their own preconceived notion and attempt to understand the prisoner exchange deal for Gilad Shalit’s release from a number of different perspectives. These are not necessarily personal perspectives, but rather different lenses through which some of the decision-makers and many in Israeli society viewed the issue.

Have students, either individually or in small groups, analyze their thoughts on the ideas addressed in the articles by compiling a list of 2 or 3 responses for each of the following categories.

Factors that relate to prisoner exchange itself:

Factors that may impact or come as a result of the prisoner exchange:

Note to Educators: This activity resembles a SWOT analysis, a business approach adopted by many social studies classrooms as a method to weigh strengths and weaknesses, opportunities and costs of a given decision, often of international significance. The difference in our approach here is twofold:

Section two will approach the subject in the context of Jewish values and section three brings the human perspective to consideration.

Section 2: Text Study on the Value of Redeeming Captives
Jewish sources provide important insight into the discussion about prisoner exchange – its necessity and the potential cost to the whole community. Redemption of captives –pidyon shvuyim – is a core value in Judaism that comes up frequently in Jewish law and tradition as a "great mitzvah" - literally, a Jewish commandment (Bava Batra, 8b). The following texts are just some of those to which rabbis look in order to make difficult decisions about the redemption of a captive such as Gilad Shalit.

“The redeeming of captives takes precedence over supporting the poor or clothing them. There is no greater mitzvah than redeeming captives for the problems of the captive include being hungry, thirsty, unclothed, and they are in danger of their lives too. Ignoring the need to redeem captives goes against these Torah laws: “Do not harden your heart or shut your hand against your needy fellow” (Devarim 15:7); “Do not stand idly by while your neighbor’s blood is shed” (Vayikra 19:16). And misses out on the following mitzvot: “You must surely open your hand to him or her” (Devarim 15:8); “...Love your neighbor as yourself” (Vayikra 19:18); “Rescue those who are drawn to death” (Proverbs 24:11) and there is no mitzvah greater than the redeeming of captives.”

“Every moment that one delays in freeing captives, in cases where it is possible to expedite their freedom, is considered to be tantamount to murder.”

“To spare the community the burden of excessive ransom which could lead to its impoverishment. In order not to give the captors an incentive to take new captives and increase their ransom.”

First he describes the statement by Rabbi Shlomo Goren – the chief Ashkenazi Rabbi at the time and the former Chief Rabbi of the IDF:

Rabbi Goren... stated that Jewish law absolutely forbade the Israeli government from redeeming “our captive soldiers in exchange for 1,150 terrorists,” and based his ruling on a Talmudic passage in Gittin 45a that stated, “Captives should not be redeemed for more than their value.”

Rabbi Goren emphasized his great distress at the personal plight of these captives – they were surely in “mortal danger.”  However, he still insisted that the state should not redeem them, as an exchange for the release of known terrorists bent on the destruction of Israel and its Jewish population surely would imperil all Israeli citizens and only fuel Arab attempts to capture more Jews in the future. The price exacted from Israel through the release of these terrorists was simply too steep for the state to afford.

And then he describes a response by Rabbi Haim David Halevi, who was then the chief Rabbi of Tel Aviv:

In Rabbi Halevi’s view, the conditions that obtained in a modern Jewish state were vastly different from those that confronted the Jewish community in pre-modern times when the Talmudic passage was written. The Jewish people were now sovereign in their land, and the “political-national” aims that motivated the terrorists “to wreak havoc among the Jewish people” would continue regardless of whether their prisoners were released in exchange for Israeli soldiers.

Indeed, these terrorists would persist in their efforts until a political solution to the entire Israeli-Palestinian conflict was achieved

The “impossible choice” before the government, as Rabbi Halevi saw it, was whether to “strengthen the power of the terrorists through the release of their comrades or to strengthen the morale of IDF soldiers should there be future wars.” Faced with the two options, Rabbi Halevi believed that priority had to be assigned the latter — the Israeli government should do all in its power to uphold the morale of the Israeli soldiers.

Section 3: Humanizing The Decision
This is a good opportunity to have your learners engage with the difficult decision that the Prime Minister needed to make, using the perspective of Israelis, their learning about the Jewish values of redeeming the captives, and other sources.

Have students watch the video below which presents the point of view of three Israelis before a Knesset meeting to discuss the proposed deal for Gilad Shalit's release. In smaller groups or together have students reflect on each of the speaker's pleas:

Shvuel and Meir Schijveschuuder: Brothers and orphans of the Sbarro Restaurant Suicide Bombing in 2001, which killed their parents and three siblings when they were teenagers.

As a prelude to closing, you may wish to share this Op-Ed by Yossi Klein Halevi from Tablet Magazine, which describes both the camaraderie of Israelis during moments of national crisis and the individual feelings of betrayal he felt as an opposer of the deal.

While there may be an instinct to protect every human life, to leave no person behind, clearly the issue of prisoner exchanges is a difficult one. Israel’s government and military have engaged in long policy discussions, many of which are likely never to come to light. Is it better to lose someone in battle than have them taken captive? Is the effect of having an Israeli held in captivity too much of a stress on the Israeli public? Will the Israeli government do anything to rescue soldiers and civilians, and does the fact that they are willing to do anything mean that the price on every Israeli's head is enormous?

There are no clear answers to these questions, and it’s important to realize that there are many decisions and calculations that are made. However, some questions to consider as a conclusion to this activity include: 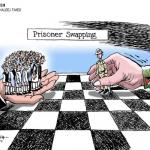 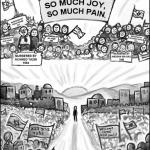