A Conversation Between Etgar Keret and Sayed Kashua

In the summer of 2014 – after a conflict that caused many Israelis, Jews and Arabs, to feel a growing despair for the possibilities of peace – prominent Israeli Palestinian writer Sayed Kashua announced his plans to immigrate to America. Afterwards, in a public exchange of letters, Kashua wrote to Etgar Keret, a popular Israeli Jewish author, to further discuss his decision. The two, longtime friends, discuss their lives and families among lingering possibilities of peace and coexistence while expressing exhaustion with continuing violence and conflict. 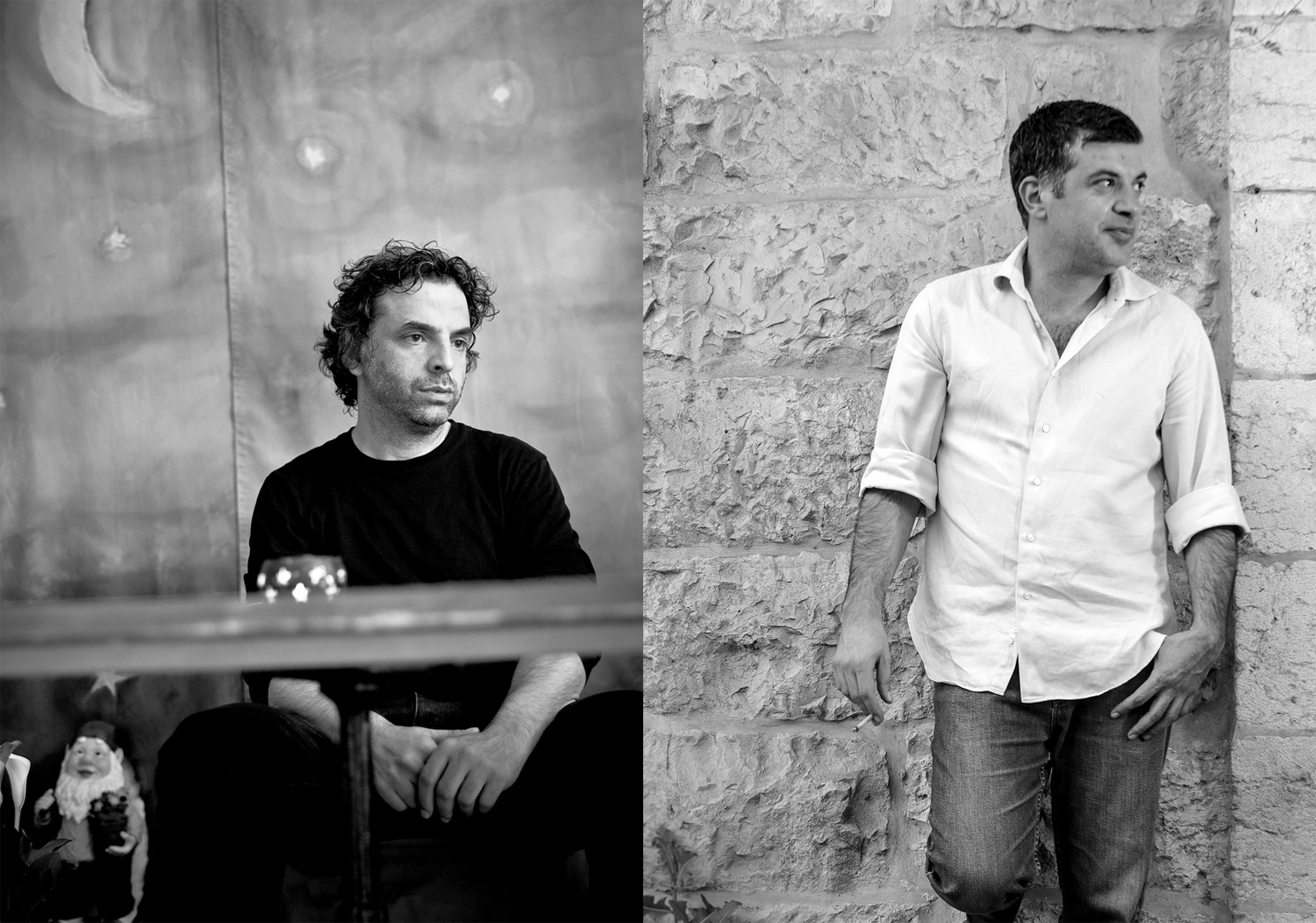 Core Learnings
The relationship between Israeli Jews and Israeli Arabs is multi-faceted and complex.
Personal narratives provide unique and intimate windows into understanding the contours of the conflict.
The conflict, like any conflict, affects all of Israel’s inhabitants both psychologically and personally no matter their ethnic background, profession, religion or economic standing.
Israeli Arabs' perspectives on living in Israel are influenced by their experiences in connecting to the state and/or being alienated from it.
Key Questions
What are the psychological and personal effects of conflict?
How does conflict in Israel (e.g. rocket strikes, terrorism, war) amplify or change the psychological or personal affects?
Where does one see the effects of the conflict in daily life? In family life? In decision making?
How does public discourse and discussion help people understand the nature of the conflict?

Background: The Summer of 2014

Sayed Kashua’s original statement about leaving Israel and the exchange of letters between him and Etgar Keret that followed occurred in the aftermath of two major events in the summer of 2014: the kidnapping and murder of three teenage Israeli boys and a retaliatory kidnap and murder of a Palestinian boy; and Operation Protective Edge, an IDF campaign in Gaza. Background information on these two events will provide some context for the entire piece. See:

Section One: Sayed Kashua, An Arab-Israeli Perspective on Living in Israel
This section examines the work of Sayed Kashua, one of the most prominent Arab-Israeli writers, and his decision to permanently leave Israel during the summer of 2014. It will allow learners to delve into the mindset of an Arab citizen of Israel, and his reaction to the unrest of that time.

Suggested supplement: A toolkit discussion guide provides more information on the works of Sayed Kashua. It is geared towards teachers of literature who may be interested in delving deeper into his works. This can be done in total or in part.

The Decision to Leave

On July 19, 2014, Kashua published a piece in London’s The Guardian entitled “Why I Have to Leave Israel.” While he had been planning to leave Israel for a one year sabbatical at the University of Illinois, in his op-ed, Kashua said that he was now committing to a permanent move:

“The original plan was to leave in a month for a year's sabbatical. But last week I understood that I can't stay here any longer, and I asked the travel agent to get us out of here as fast as possible, "and please make them one-way tickets."

– Sayed Kashua, “Why I Have to Leave Israel”

Kashua’s announcement caused shockwaves and received extensive publicity both in Israel and abroad, especially because of his commitment to Jewish-Arab coexistence in Israel. Many of his admirers were upset to hear that one of Israel’s most popular writers emigrated to America. In Israel, emigration (at least of Jews) has been seen as an act of abandonment and rebuke—a decision to abandon the national project. While the taboo of emigration is less acute today than in the past, much of the cultural resonance still lingers.

In reading Kashua’s article, challenge your learners to consider questions like:

Section Two: Coexistence, Conflict, Despair, and Hope: A Dialogue Between an Arab-Israeli and a Jewish-Israeli
In this section, learners will delve deeper into Sayed Kashua’s views on the events leading up to the war, looked at not only through his own words, but through a correspondence with his close friend, noted Jewish-Israeli writer, Etgar Keret. While some learners may find some of the information in this section upsetting, reading these letters will broaden their perspectives on peace, Arab-Israeli collaboration, and the view of some Israeli Jews vis-à-vis the conflict.

In a public exchange in the New Yorker magazine in September 2014, Kashua explains his decision to his friend and Keret responds. They speak about despair, coexistence, and the role of narrative. The letters also talk about the details of everyday life – from cucumbers to pizza toppings and the wonders of outlet malls. They are normal letters in a not-normal context.

Before engaging with the letters, it is important for your learners to understand the personalities of both Kashua and Keret. If your students have not experienced Section 1, a brief biography of Kashua is included there.

Both men’s work has been translated widely and both enjoy large international audiences. The writers have been close friends for over a decade.

The four letters are divided into two parts. They are complex and challenging, and may elicit a strong reaction. Encourage students to note their reactions and assure them that they will have a chance to react after discussing the letters themselves.

Ideally, students will read all four letters before being assigned to think more deeply about one of them. If the letters are read outside of class, discussion questions may also be incorporated as part of that assignment to include short reflective at-home writing.

One way to analyze the letters is to trace the use of common themes and ideas within them. The thematic labels can help facilitate comparison between the letters and how they treat similar ideas. Possible areas of focus include how the Israeli public – Jewish and Arab – is affected by the conflict, and the possibilities of a normal life under abnormal situations.

Ideas you may want to consider include:

While we’ve created a worksheet that can be handed out to students, these questions can also become the basis for facilitating in-class discussion.

Questions to consider in the first letter – Sayed Kashua:

Questions to consider in the second letter – Etgar Keret:

Questions to consider in the third letter – Sayed Kashua:

This letter is the most difficult, in terms of the content and required outside knowledge. You may want to give your students some additional assistance in unpacking it.

Questions to consider in the fourth letter – Etgar Keret:

There are many ways students can successfully reflect on these letters. Some questions you might want to consider:

Depending on your goals, your educational environment and your students, there are many types of projects and/or assignments that can conclude these sections, including:

Resources Referenced
Sayed Kashua: Why I Have to Leave Israel
Tell Me a Story With a Happy Ending
Etgar Keret: By the Book
What Etgar Keret Learned From His Father About Storytelling and Survival
Worksheet: Why I Have to Leave Israel
Worksheet: Karet/Kashua Exchange
Discussion Guides
Exploring the Works of Sayed Kashua
Exploring the Works of Etgar Keret
Background Info
Background on the June 2014 Kidnappings and Their Aftermath
Themes
Empathy & Understanding: Engaging Diverse Narratives
Home & Homeland: What Makes a Home?
Plurality and Division: Between Unity & Uniformity
Age Range
High School & Above
Subjects
Operation Protective Edge