The News in 140 Characters or Less

In today's world, reporting on the news is as prevalent in social media (Facebook, Twitter, YouTube, Instagram) as it is in conventional media outlets (TV, newspapers, radio, websites). In the summer of 2014, as conflict erupted in Israel and Gaza, the world watched in real time as the story unfolded. First-hand accounts were uploaded by witnesses to the conflict immediately as the events were taking place. Like with so many other news events nowadays, the presence of social media reporting changes the way the world views conflict. 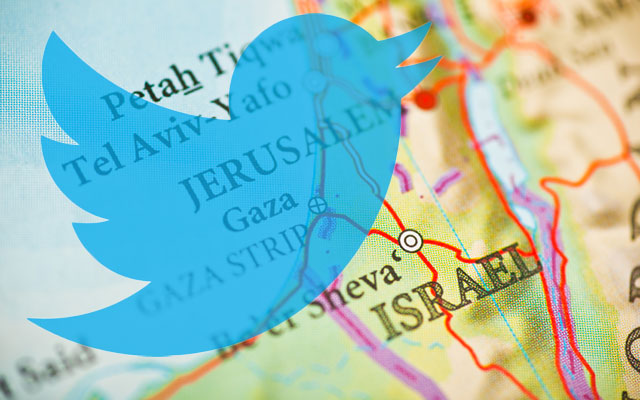 Core Learnings
Using social media as a source of information, alongside other news sources, has distinct advantages and disadvantages.
Social media sites affect most social media users understanding of the 21st century Arab-Israeli conflict.
Key Questions
What does your newsfeed on Facebook or your Twitter feed convey about what is going on in the world?
What is the most objective way to learn about what is happening in the world? What makes something “objective”?
How has social media changed the way in which we perceive of and enter the discourse regarding world events?

Section One: The Changing Delivery Of The News
For 18 months in 1860-1861, the United States had a mail delivery service called the Pony Express. Your mail and messages could go from Missouri to California on horseback. Yet, once the telegraph was invented, the Pony Express was no longer a useful way to deliver messages. It became obsolete, as telegraph wires carried messages from coast to coast in an instant.

In the more recent past we got our news by watching the 6 pm news, listening to the radio, buying newspapers, magazines, and (even more recently) reading the news online. But today nearly everyone can be a reporter. Equipped with just a smartphone and social media apps (e.g. Facebook, Twitter, YouTube, and Instagram), you can post where you are, who you’re with, what’s going on, and how you’re feeling to the whole world instantaneously. Taking a cue from the power of social media, the conventional media outlet CNN launched iReport, with the purpose of encouraging private citizens to post pictures and reports, effectively becoming citizen journalists. This is changing the way that gathering and reporting news is done in the 21st century.

One social media vehicle that is an important source of news is Twitter. Engage your students in a discussion on how they use Twitter (or another social media outlet):

Now ask your students to compose a Tweet describing what they did over the weekend:

Section Two: Between Fact and Opinion
Conventional American media outlets (newspapers, magazines, TV, and radio) historically have strived to report the news objectively. Reporters are trained to leave their opinions out of the stories they file.

Conventional American media outlets (newspapers, magazines, TV and radio) historically have strived to report the news objectively. Reporters are trained to leave their opinions out of the stories they file.

“How Newspapers Work,” an entry in the popular “How Stuff Works” website, explains that in newspaper parlance, “separation of church and state” means “there is a line between news and opinion that must not be crossed. To do so strips a newspaper of its most valuable asset -- credibility.” (Read the full section of this excellent resource here: http://people.howstuffworks.com/newspaper3.htm). Not all traditional newspapers embrace these ideas, though. Tabloid newspapers often mix news and opinion on their front pages and throughout their publications. Many Israeli newspapers allow their political or ideological agenda to color their reporting of the news (the news pages of the Hebrew-language Yisrael Hayom, or “Israel Today”, reflects the newspaper’s  staunch support for the policies of Prime Minister Benjamin Netanyahu, and news reports and headlines in Yediot Aharonot, or “Latest News”, often reflect the agenda of the newspaper’s owners). Even in the U.S., despite the collective best intentions of the American media world, truly “objective” reporting may not be possible.

For background on truth and objectivity in journalism, educators and learners can see:

These ideals are distinctly American. It’s worth noting that European and Israeli media have never made the same claim of separating the news from the editorial (opinion) pages. And despite all of the collective best intentions of the American media world, truly “objective” reporting may not be possible.

Fact or Opinion: Understanding How the Media Report on Events From the Temple Mount

To get a sense of the challenges of “objective” reporting in the Israeli context, look at the following headlines about unrest on the Temple Mount in Jerusalem in September 2015, and click to read the full stories:

These three stories represent Israeli, Palestinian, and American media outlets. As such, they provide an ideal opportunity to consider perspective, point of view, or bias. Every media outlet assumes certain things about itself and its readers when it publishes a story; this can be seen in these examples, and readers can assess for themselves whether the driving force is politics, relevance, or something else.

What is “The Truth” in News Reporting?

Jon Stewart, who left The Daily Show in August 2015, had a tremendous impact on how we think about “news.”  The Boston Globe had this to say:

Stewart never claimed to be delivering objective truths, in the manner of old-school news anchors; he was ragingly subjective and transparent about his point of view. He was one of us, albeit with extraordinary resources and a pulpit; now, we are all able to be him, to some extent... Stewart’s approach to news — ironic, gleefully impolitic, clip-centric, and ultimately idealistic — has become firmly integrated into our national conversation. On social media, after all, everyone aspires to be a pint-sized Jon Stewart.

Popular television personality Stephen Colbert, who hosts The Late Show With Stephen Colbert, coined the term “truthiness” in 2005, to describe the gray area between fact and fiction. Here’s the Urban Dictionary entry for truthiness:

The quality of stating concepts one wishes or believes to be true, rather than the facts.
-Origin: Stephen Colbert, "The Colbert Report," 2005

"And that brings us to tonight's word: truthiness.

"Now I'm sure some of the Word Police, the wordanistas over at Webster's, are gonna say, 'Hey, that's not a word.' Well, anybody who knows me knows that I'm no fan of dictionaries or reference books. They're elitist. Constantly telling us what is or isn't true, or what did or didn't happen. Who's Britannica to tell me the Panama Canal was finished in 1914? If I wanna say it happened in 1941, that's my right. I don't trust books. They're all fact, no heart."

Colbert was getting at something very important: truth is a relative term, and nobody can completely erase personal points of view when reporting the news. Perspective, or bias, can be problematic, but it doesn’t have to be, as long as it’s presented clearly and openly.

While conventional media outlets grapple with how to address longtime standards of objectivity, the world of social media is preoccupied with other challenges. Namely, in a format that encourages people to share their views and opinions, how can consumers figure out what is fact and what is fiction?

Perhaps the best way to understand the fine line between fact and opinion in news reporting is to ask your learners to work individually or in small groups to gather 3-5 social media posts (Twitter might be ideal, but Facebook will work just as well) that explore a topic they care about. Once they have a set of posts, ask them to analyze the different points of view and perspectives they contain. Ask them to consider questions such as:

Section Three: How Does Social Media Depict War?
Social media has become the go-to source for many when breaking news happens, particularly during wars.

Tom Ashbrook, a radio host of On Point on National Public Radio, was commenting on the conflict in Gaza that took place in the summer of 2014. He maintains:

The battle over Gaza, Hamas and Israel is not only played out in bomb shelters and obliterated streets. More than ever this time, it is playing out in social media all over the world. Twitter feeds, Facebook, YouTube – all full of images and emotion from both sides. A torrent of instant reports and reactions to terrible scenes of fear and suffering. From reporters, governments, militaries – and lots of civilians.

One of the most recent examples of the effect of social media on war, and our understanding of war, was the events of the summer of 2014. While this unit focuses on the events of that summer, there are always examples on Twitter of one issue being seen through many different lenses. For this unit, you may want to choose another issue, or another series of hashtags that will resonate with your learners.

Ask your students to examine an issue (related to the Arab-Israeli conflict) by reading through a few mainstream news feeds on Twitter, such as:

Is there a unique hashtag that has developed around the particular issue they are looking at? During the war in Gaza in 2014, two of the most common hashtags were #israelunderfire and #gazaunderattack. However, new hashtags are constantly developing and trending.

Ask students to look for citizen journalists using those same hashtags, or reporting on those events. How do you judge the creditbility of their Tweets vs. the news Tweets? Does it matter how many followers they have, or how many people they follow?

Given what they’ve seen on the various Twitter streams/news websites on a given issue, how would they construct a combination that would give them a more multi-faceted picture of the situation in Israel and Gaza? How can they tell between different perspectives and things that are true and not true?

Have students create an account of a particular situation in Israel for a national news outlet by using social media sources.

Reflection: Listening to Myself

Often on Facebook or Twitter, we follow people who share our beliefs. Our feeds represent the world we choose to create for ourselves. I am a die-hard Yankees fan, I won’t often find videos and articles about the Red Sox on my feed. I have selectively chosen what I see in the world around me.

That danger exists on the world stage as well. If we choose to follow those feeds with which we agree, how will we know that we are getting a full and somewhat accurate picture of the situation? Reporters are instructed to be objective in their reporting (though obviously media bias is a huge issue). As civilian reporters, we do not need to be objective so our thoughts on Israel, Gaza, Hamas, etc., reflect our belief systems. Our social media friends and followers most often share our beliefs.

Is it possible to get a "true" picture of what is happening in the world? 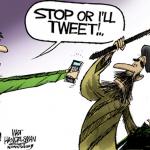 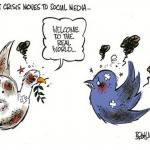 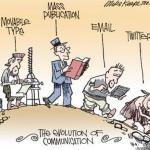